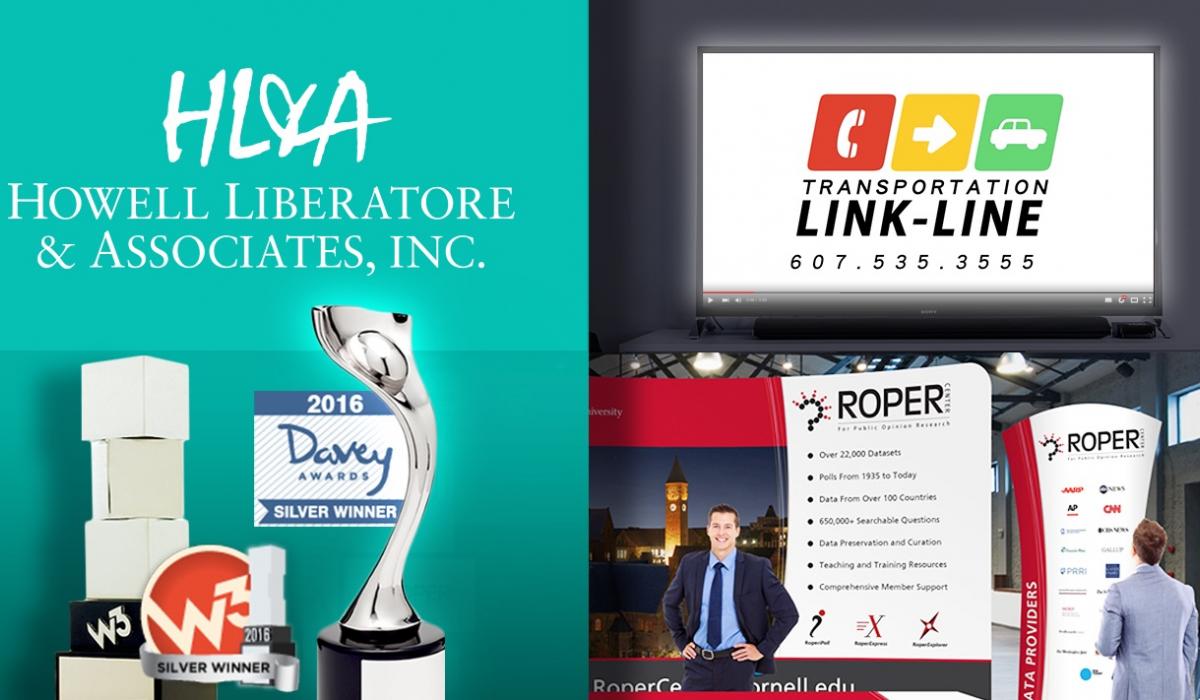 The W3 Awards honor the power of web creativity and excellence, and recognize the people behind award-winning sites, marketing programs, social content, mobile site/apps, and online video. In its eleventh year, the W3 Awards received over 5,000 entries.

“We are extremely pleased to have won three prestigious awards this year out of so many other worthy entries,” states Eiron Smith, president of HLA. “I’m very proud of our small team of incredibly talented professionals who put this kind of creative, out-of-the-box thinking into every project we do.”

The Roper Center Trade Show materials were designed and produced in a simple but sophisticated way to make it easier for the Roper Center to showcase their organization at trade shows.

“We were once gain blown away at the creativity and quality of this year’s entrants. As our connected world continues to expand in new and exciting ways, our winners are a true testament to the power of Web creativity around the globe.” Said Linda Day, the director of the IAVA.

About the Academy of Interactive and Visual Arts (AIVA)

The Academy of Interactive and Visual Arts (AIVA) is an assembly of leading professionals dedicated to recognizing the rapidly evolving nature of traditional and interactive media. A diverse group of 750+ members from all 50 states and 15 countries worldwide, the AIVA's mission is to honor, promote and encourage creativity by providing a benchmark standard of excellence for evaluating media design, production and distribution. For more information about AIVA, visit www.aiva.org.

About The Roper Center

The Roper Center for Public Opinion Research, located at Cornell University, is one of the world’s leading archives of social science data, specializing in data from public opinion surveys. The Center’s mission is to collect, preserve, and disseminate public opinion data; to serve as a resource to help improve the practice of survey research; and to broaden the understanding of public opinion through the use of survey data in the United States and abroad. Founded in 1947, the Roper Center holds data ranging from the 1930s, when survey research was in its infancy, to the present. Its collection now includes over 22,000 datasets and adds hundreds more each year. In total, the archive contains responses from millions of individuals on a vast range of topics

Want to work with us? Tell us about your project!